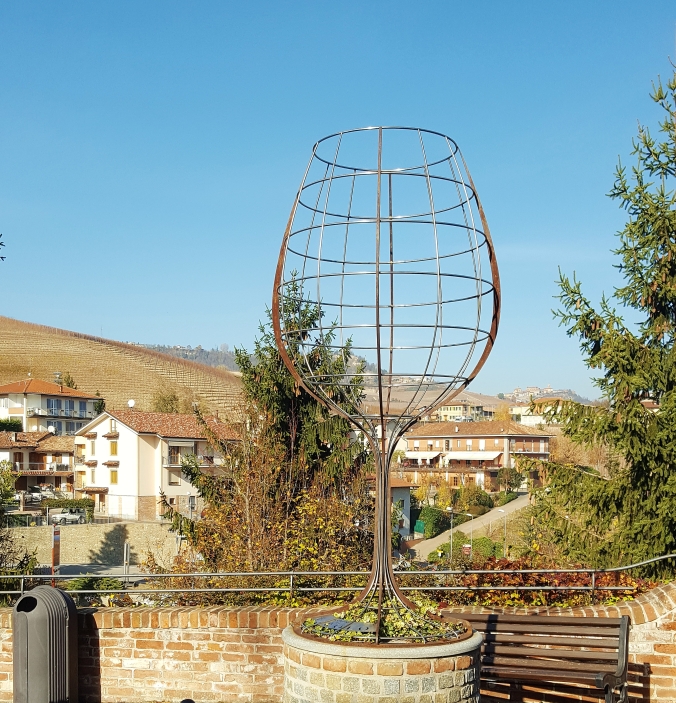 It would be folly – a state I constantly try to avoid when traveling – to visit the Langhe without sampling a glass or two (or three or four bottles if given the opportunity) of magical Barolo in their winery homes.  Personally, I would be happy spending every waking hour learning about the various styles of one producer over the next (with appropriate tastes along the way) but alas, my traveling companions got a little glassy-eyed after a mere two wineries – even when I had altruistically interrupted the tastings with a huge lunch of pasta, game, meat, cheeses, dessert, several more bottles of wine, etc. etc. (more on that meal next month). Of course, that could be part of the reason for their glassy-eyed stares. Did a nap beckon? 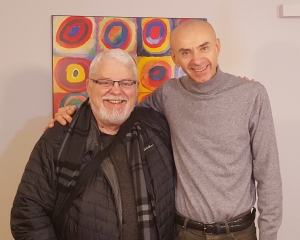 He knows that I enjoy smaller, family wineries that give you time and opportunity to meet people who actually grow the grapes and make the wine. He brilliantly selected one in Barolo and one in Serralunga d’Alba. Although these communes are only about ten kilometers apart, they demonstrate subtle nuances that help demonstrate the range of Barolo wines.

Barolo is an ancient village that gave its name to the appellation. Locals proclaim that the wine from the hillsides surrounding Barolo possesses suppleness and finesse as well as tannic muscle. The word “classic” is often used to describe the wines that emerge from Barolo (which only produces approximately 375 acres of grapes).

Until the 1970s, Barolo was made in a unique and traditional style. The wines were given long macerations (up to two months) and extended aging (commonly four or more years) in large, neutral old Slavonian oak or chestnut casks (botti). The long maturation in wood was necessary to soften the harsh tannins extracted through the prolonged macerations. But these extended macerations also increased the risk of losing the delicate varietal character of Nebbiolo. The resulting wines were austere and tannic when young and were approachable only after decades of additional bottle aging.

Revamped winemaking practices created more “modern” Barolos in the 1980s leaning towards an international style (check out the movie “The Barolo Boys”). Their wines were fruit-driven and approachable upon release. They produced softer tannins, more concentration, and noticeably more oak. Today, many producers utilize a combination of the two philosophies.

The home and cantina (winery) of Fratelli Serio & Battista Borgogno lies on the top of Cannubi, one of Barolo’s most famous and historic vineyards. The name Cannubi was already present in some documents since 1700. The most ancient bottle found on Langhe hills had on its label “Cannubi 1752”.

This small, traditional, 5th generation family-owned winery dates back to 1897 to Cavalier Francesco Borgogno. His descendants, brothers Serio and Battista Borgogno set about developing the cantina during the 1960s and ‘70s. Today the winery is run by Serio’s daughters Anna and Paola and their daughters Emanuela and Federica. Marco and Emanuela Bolla manage the vineyards and cellar, from pruning to harvest, from pressing to bottling.

We were given six wines to taste, culminating with a 2011 Cannubi Barolo. 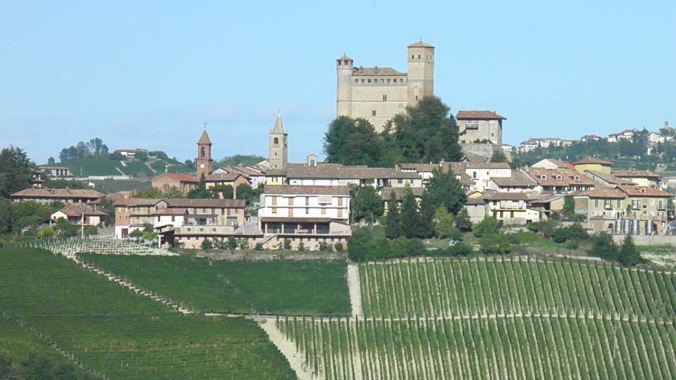 The vineyards of Luigi Pira located in the shadow of the tower of Serralunga d’Alba.

Of all the villages within the Barolo zone, Serralunga d’Alba, with less than 500 acres, produces the most tannic, rich and full-bodied wines. That said, they can also demonstrate an expressive and seductive character. The wines here are terroir-driven, truly reflecting a sense of place. The specific soils are ancient and quite thin, requiring the roots of the plants to dig deep resulting in powerful, firm tannins. As Franco Massolino, commented, “these are probably not the easiest Barolos. But if you have the opportunity to try these after 20 or 25 years, you will find something particular in the wines. This is the business card of Serralunga.”

Serralunga Barolos are regarded with awe by wine insiders. The cantinas differ from other communes in the size of the crus, which tend to be much smaller. There are many excellent estates within the zone including Fontanafredda, Schiavenza, Massolino and Luigi Pira.

The Luigi Pira estate was established in the early 1950s by Luigi Pira and his wife, Rosa. They produce Nebbiolo, Dolcetto and Barbera on about thirty acres of land in Serralunga and for many years only sold their bulk wine to the large cooperatives of Alba. In the early 90s Gianpaolo, Luigi’s son, began to take part in the winery management and wine quality became the key factor. He has noted, “It’s the soil that gives the wines their structure, acidity, and tannins. Even Barbera grown here can resemble Barolo in its structure.”

Today Gianpaolo manages the winery while his father and brothers manage the vineyards. Pira’s holdings are in three of the most prestigious crus in the Serralunga commune: “Margheria,” “Marenca,” and “Rionda.” Their first Barolo was produced only as recently as 1993 but since then the family has garnered praise and high scores around the world.

“One of Piedmont’s superstars… these are wines of extraordinary complexity and breathtaking richness. The spectacular offerings from Pira ’s vineyards in and around Serralunga d’Alba are among the more riveting examples.” – Robert Parker 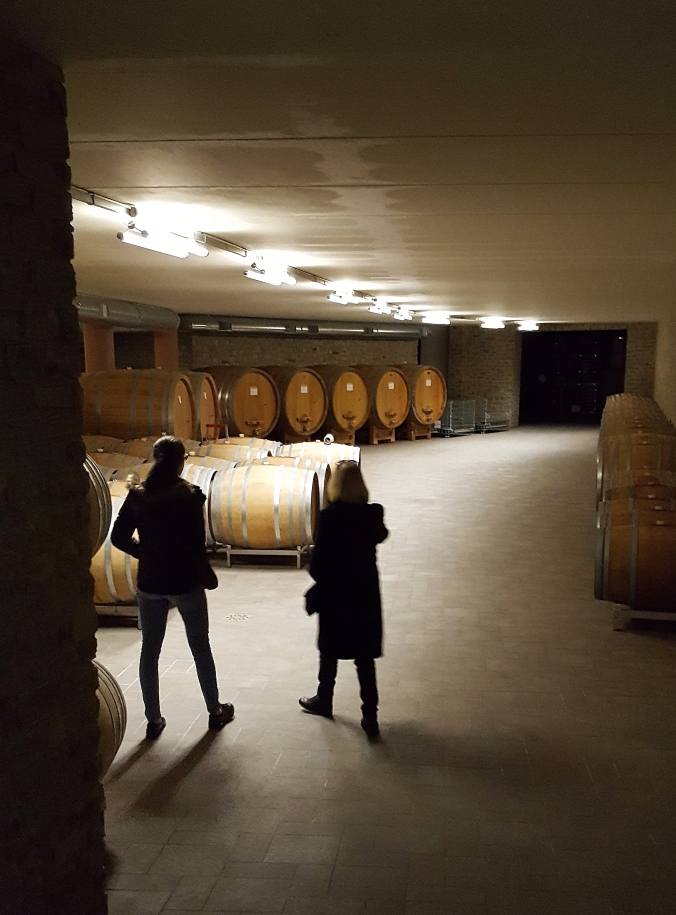 We were welcomed by Gianpaolo and his daughter. He professed to speak little English and required his daughter’s help but I think he understood everything we said and certainly, his English was better than my Italian. They proudly showed their cellars, responding to all of our questions. We even got to meet his truffle hound which was ready for a romp in the hills.

We tasted wines in what we, in California, would call the lab. Some were still in various bottles ready for blending.

I am currently aging one of each of those Barolos. I expect (hope) to see them soften, develop smoothness and reach a perfect balance. Call me in ten years and I will let you know how well they turned out. Better yet, drop by for a glass when you are in Sebastopol.