My name is Walter Collins and I write this blog.

The “About” page is supposed to tell readers who you are. That is something I have been trying to figure out for a great many years now. Perhaps this blog will help me discover some answers while at the same time provide readers with interesting and hopefully entertaining insight into the subjects (food, wine and travel) that are a big part of my life. 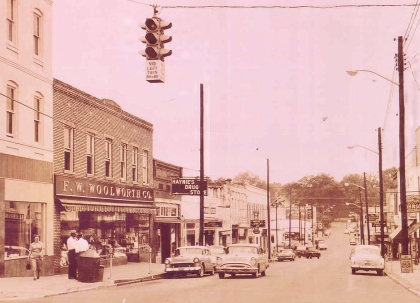 I grew up in the 1950’s, in Opelika, a small railroad town in eastern Alabama. It was, and still is a great place to grow up. The downtown is mostly brick storefronts with the requisite railroad track running through the center. The neighborhoods are filled with azaleas, camellias, dogwood trees, and an inordinate number of well-preserved Victorian and Georgian houses. And, it is home to some wonderful people.

I studied architecture at Auburn University (War Eagle!), and then moved to St. Louis where I got a job with an international architectural firm drafting door and window details and learning to design toilet stalls. Pretty exciting stuff! After working for a couple of months, I got a call from my dad telling me that I had received a letter from the draft board and that I should do something pretty fast unless I wanted to spend a lot of time dodging bullets in a Viet Nam foxhole. I ended up joining the navy and spent the next four years on ships in the western Pacific ending up with shore duty in San Diego, California.

San Diego remained my home for over thirty years. I passed the architectural exams and developed a reasonably successful practice, married the love of my life and had two great children. They are now grown and married and I have an absolutely amazing six-year-old grandson, Caleb. I know all grandparents think that their grandchildren are the best but mine actually is.

After consuming my share of some pretty terrible jug wines during my college years and my time in the navy, I had a wine epiphany in 1972 when a friend gave me a glass of 1966 Robert Mondavi Cabernet Sauvignon. I had no idea wine could taste that good – no cloying sweetness and no instant headache!  My love affair with fine wine had begun. I started taking my family on vacations in the California wine country and in 1999 my wife and I moved to Sebastopol in Sonoma County to live among the grapes.

One of the joys of being retired is that you have lots of free time so I am now able to write about things that currently interest me most. It is not about architecture except, maybe, incidentally. The focus is on my experiences with exciting food and wine and the places I have visited pursuing culinary adventures. And, it will be told from my perspective (an architectural term) of having grown up in the south.