“One of the very nicest things about life is the way we must regularly stop whatever it is we are doing and devote our attention to eating.” – Luciano Pavarotti 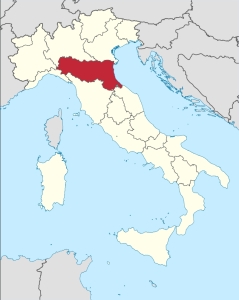 The region of Emilia-Romana (in red).

Bounded on the east by the Adriatic Sea, the north by the Po River and the south by the Appennine mountain range, the region Emilia-Romagna in northern Italy includes its capital, Bologna, a renaissance city, and the provinces of Modena, Parma, Ferrara, Piacenza, Ravenna, and Rimini. Many consider Modena and Parma to be the gastronomic and culinary heart of Italy.

The province of Modena is in the lower Po Valley, nestled between the Secchia and Panaro rivers (both tributaries of the Po River), and extends to the Apennine mountains six miles south. The Po Valley’s fertile plains are ideal for raising cattle and pigs and for growing fruit trees and grains.

Modena also gave the world Luciano Pavarotti and Enzo Ferrari. Because of my passion for Italian cooking and Italian automobiles, if not opera, I decided to use Modena as our home base for this leg of the trip. Both Ferrari and Osteria Francescana (three Michelin stars and Pellegrino’s 2016 best restaurant in the world – to be described in a later post) have been on my “bucket list” for several years so this was an easy choice. 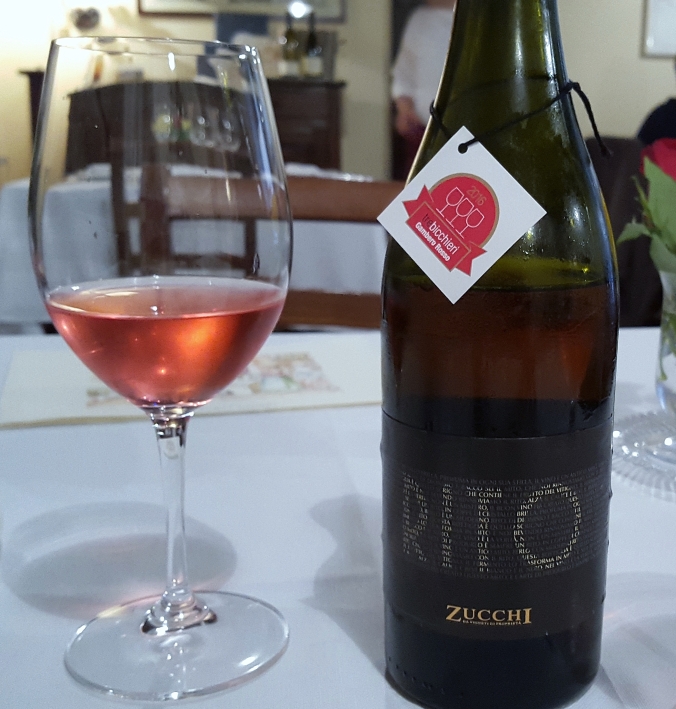 Modena’s most famous wine is Lambrusco. It was the number one imported wine in America in the 1970’s, barely edging out Lancer’s “Cracking Rosé”. (Anyone my age will remember the TV ad, “Riunite on ice…that’s nice!”) I regarded Lambrusco as a sweet, fizzy, poor excuse for wine prior to our trip. Today most vintners work diligently to improve the wine and its reputation. The wines we tasted were dryish, very high quality and had been fermented slowly for a fine, long-lasting fizz known as frizzante (a pretty cool Italian word meaning “sort-of-bubbly”). This finish comes from Charmat fermentation that occurs in large tanks before the wine is even bottled. The results have certainly changed my mind.

Emilia Romagna isn’t only about artisan food and wine. It is also world known for some of the world’s highest quality automobiles and motorcycles. 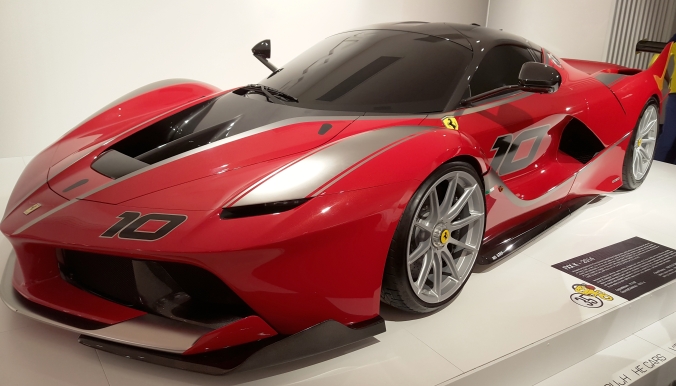 2014 Ferrari FXX in the Ferrari Museum

The list includes Ferrari, Lamborghini, Maserati, Pagani, Dallara, Ducati, Stanguellini, and De Tomaso, although the last two marques are no longer in production. 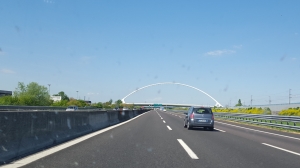 The autostrada just outside Modena

Our drive into Modena from Alba was “interesting”. The scenery was rich and colorful with pastoral farmlands, rural homes, distant castles, fortresses, towers and colorful villages. The autostradas are similar to our freeways except that they are not always free. We had to stop at random toll booths, pay with a credit card and press the correct sequence of buttons (identified in Italian) into a machine that was mounted high enough for semi drivers.

In urban areas, I learned how to maneuver roundabouts the hard way since our GPS provided mere suggestions. When it said to take the 3rd exit, the street signs often said to take the 1st exit. Let me tell you how much fun it was trying to listen to a GPS telling you one thing with your wife “suggesting” (more like a panic-stricken scream) for you to do something different, all the while trying to decipher an unfamiliar language! After too many incorrect exits, requiring me to backtrack, I decided it was best to follow the street signs. Actually, I really like roundabouts – they keep traffic moving and allowed me to circle as many times as necessary until I decided which exit to take. America would be wise to replace all intersections with roundabouts.

We stayed in a romantic urban villa – Vittorio Veneto 25 – with only six guest rooms. It resides on a beautiful tree-sheltered avenue at the beginning of the historical city center where the walls of the city were once located. 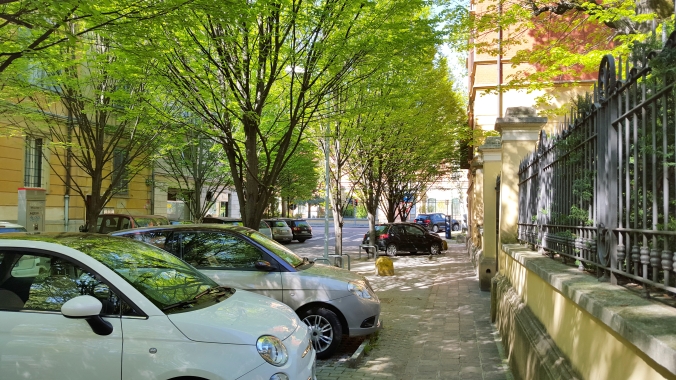 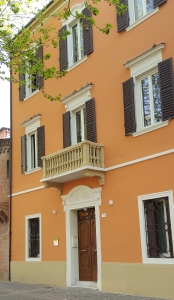 The villa was built in the early 1900’s and was restored in 2015. The exterior was refreshed to a traditional 1900 Modena elegance while the interior was updated with a bright contemporary design. 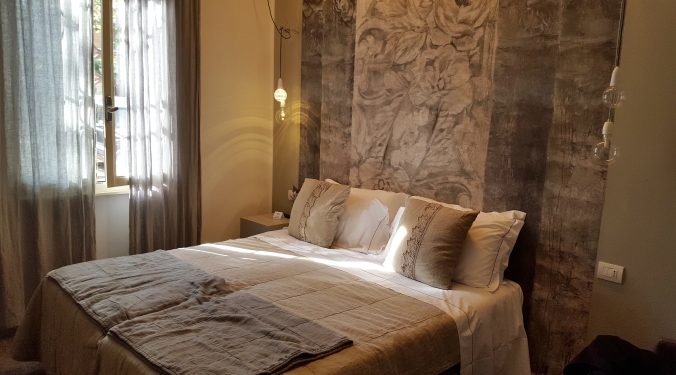 We easily walked to most places and noticed that everyone, from youngsters to oldsters, rode bicycles and that we had best keep out of their way. I was surprised to learn that the home of the supreme Ferrari boasts more bikes than cars. 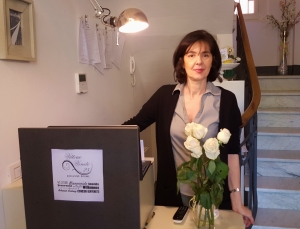 Our hostess, Raffaella Luciani, was a gracious (and funny) lady who took the extra steps to make our stay memorable. We reserved our room before leaving home and she emailed instructions on how to let ourselves into the villa. It was a little James Bond-ish, but everything worked out as planned except I didn’t notice any extra dry martinis (shaken, not stirred).  She recommended places to see and to shop and made several of our dining reservations. 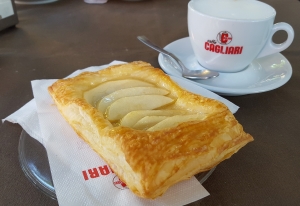 We ate breakfast around the corner in a café with a fresh bakery and great coffee. A very Italian café – try to picture two old men reminiscent of Marcello Mastroianni and Federico Fellini having loud political arguments while reading their paper and sipping their morning espresso.