“There’s nothing better for kids than a bucket and shovel at the beach.”

My love of traveling and discovering new things got off to an early start. When I was growing up in Alabama, my family spent a week at the beach every summer. We almost always drove to Panama City, Florida, which is about 250 miles away and is the closest beach to Opelika. For a little kid, it was a long drive. There were no freeways in those days and I was sure that my dad was the world’s most cautious (i.e. slow) driver.  Our 1953 Ford was not equipped with air conditioning – few cars were – and the inside of our car was incredibly hot in the summertime, especially as we got closer to Florida. To make the trip reasonably comfortable, my parents planned an early start so they pulled us out of bed at 4:00 in the morning. My sister was plopped in the back seat, still asleep, while I scrunched up against the opposite door so I didn’t have to touch her.

After my dad drove for a few hours, we arrived in Eufaula and stopped for breakfast at the Kountry Kitchen Kafe (or something like that). The aroma of frying bacon and brewing coffee welcomed us as we walked in the front door. I was fascinated by all of the rusty tin signs on the wall advertising Maxwell House or Nescafe coffee and a clock with a knife and a fork for its hands (doesn’t take much to fascinate a sleepy six-year-old but, heh, I still remember it after almost seventy years). 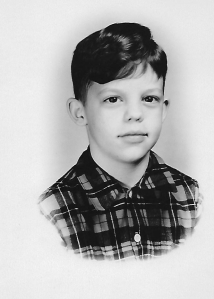 I ordered cheese toast or something equally healthy and being the brat that I was, I held out for chocolate milk swearing their regular milk was sour! Mom, who was my angel, allowed me to order whatever I wanted on vacation. In retrospect, we were pretty lucky to have a choice of some pretty good mom-and-pop cafes instead of a corporate drive-thru, fast food joint.

Once we crossed the Florida state line, things became more exciting and interesting because of all the roadside attractions. There were lawn ornament shops with pink flamingos and all varieties of bright shiny globes as big as basketballs floating in multi-colored plaster fountains. One of my mom’s favorite stops was a chain convenience store called Stucky’s that was famous for their amazing pecan logs and pecan divinity. Along the road were alligator “farms” with some sleepy, creepy gators catching rays alongside a muddy creek.

These farms usually had dried sawfish bills stacked up next to the front door  (sawfish are critically endangered today and the sale of their bills is righfully illegal) and showcases inside that were filled with rattlesnake rattles and fangs. One store had giant clam shells that were at least three feet across (although I won’t guarantee that they were authentic shells from giant clams). Everything was for sale and my dad once let me buy a rattlesnake rattle.

Motels, in the fifties, were somewhat of a new phenomenon. After World War II, America was anxious to travel and beaches were a prime draw. Most of the motels (motor hotel) along the Panama City beach followed a kind of formula.

There was a pair of two-story concrete block buildings on each side of a parking lot that stretched from the main road down to a concrete walk that bordered an amazing white sand beach. The rooms were anything but glamorous with very plain bedrooms and minimal baths. TV’s, when available, were activated by a coin attachment – for twenty-five cents you were able to watch one hour of black and white programming from two or three channels. Thankfully, the rooms were air-conditioned. 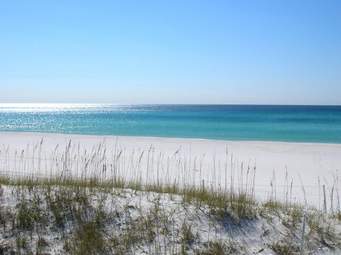 Each morning we played on the beach and in the surf of the Gulf of Mexico. Unless my dad was in the water with me, I was only permitted to splash around up to my knees because of an infamous undertow that I was told trapped numerous kids who were never seen again until they washed up on the beaches of Venezuela. At noon, we came in for peanut butter and jelly sandwiches. We were allowed to go back to the beach only after squirming through a one hour nap or rest.  This regimen was obviously required to prevent cramps – or so everyone believed in those days. I spent my “rest” reading Captain Marvel and Tarzan comic books. After more sand and water play , we were forced to come inside for a shower and then – my favorite – we went into town for dinner. The term “dining out” would be generous and misleading. There were a multitude of seafood joints but honestly, the product was about as fresh as you could get – usually brought in that afternoon from the daily catch. They all had pretty much the same menu: shrimp cocktail, fried red snapper, fried shrimp, fried scallops, fried oysters, and deviled crab along with requisite French fries and hush puppies.  I especially loved to order deviled crab – not only was it delicious, it was served in a red crab shell which my sister thought was gross! When I got a little older, I opted for the Seafood Platter with some of everything including deviled crab.  With all of that fried food, I am surprised to be around today to write this blog.

I will leave you with a new recipe. This one is for my favorite Deviled Crab. Enjoy!

This recipe is adapted from the famous Dooky Chase’s Restaurant in New Orleans. I am sure it is miles ahead of anything we had in the 1950s. The main thing is that fresh crab must be used. Otherwise, it will taste like spicy cardboard.

Ya’ll be good now, ya hear!

3 thoughts on “On Vacation”