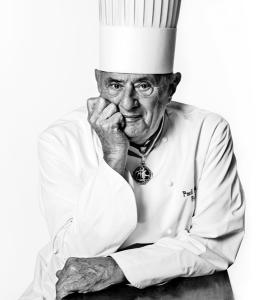 Many larger cities in France have central food markets known as halles, and in the gastronomic capital of Lyon, there is one of the best: Les Halles de Lyon Paul Bocuse, named for the legendary Lyon chef. In the early 1960’s, Paul Bocuse was one of a group of great chefs who invented nouvelle cuisine, a style of cooking that emphasized lightly cooked vegetables, spare use of sauces that were low in fats, and served with an artfully simple presentation. Bocuse set aside the conventions of traditional haute cuisine and opened the door to the freedom that chefs all over the world now feel. A top chef who had once been simply an artisan was now a super star with tv appearances and de rigueur cookbooks bearing his or her name. Nouvelle Cuisine soon appeared in many restaurants in Europe and the United States.

Les Halles de Lyon Paul Bocuse is in a beautiful area of the city, and it is really huge, as all halles tend to be. There are 60 shops and restaurants with pretty much everything needed for wining and dining. 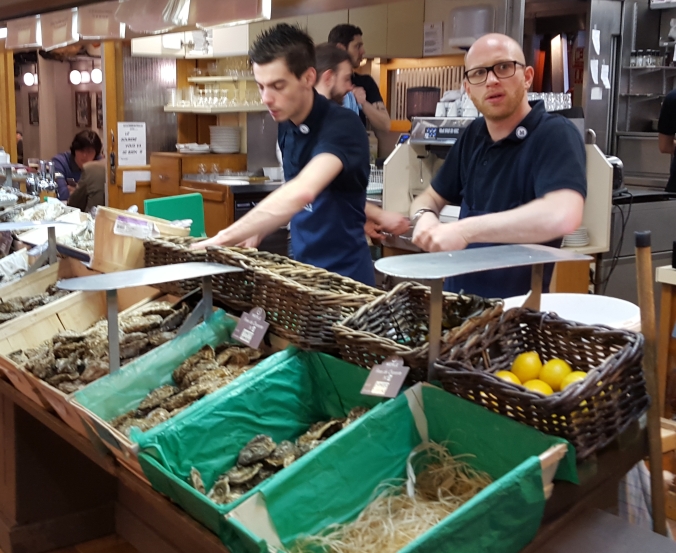 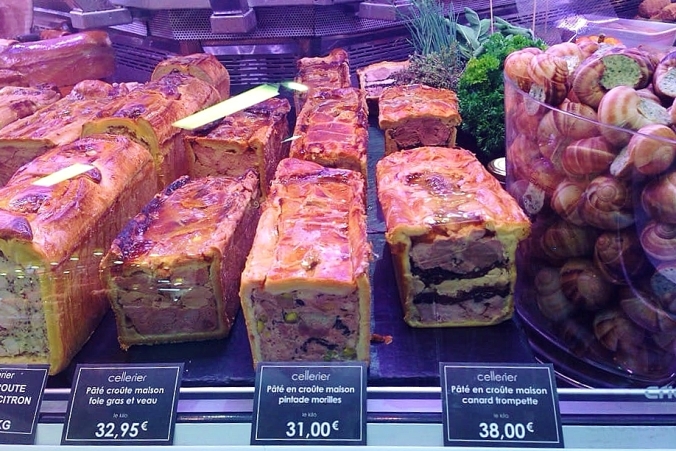 Most of the shops were run by local business owners who knew their products and were eager to advise us on what to purchase and how to prepare it. 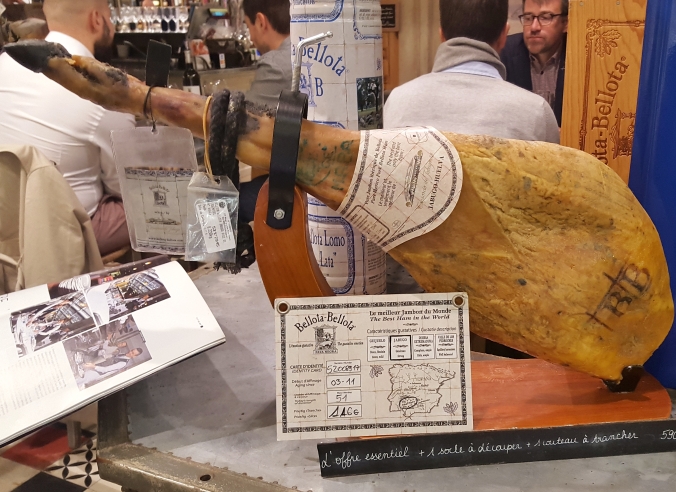 Beautiful seafood from all over France 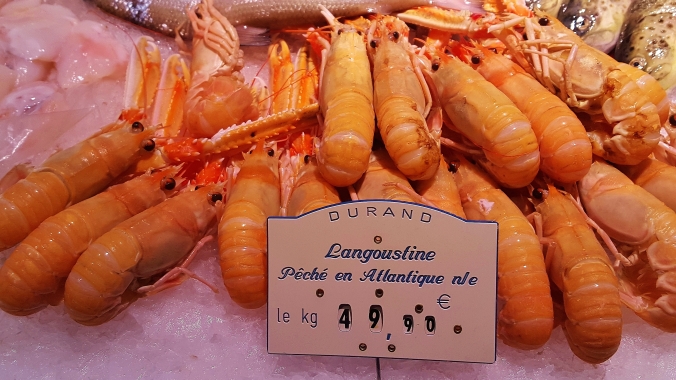 I had specifically looked forward to Les Halles and was excited to be there. It was a delight for all the senses. We spent several hours enjoying the beautiful displays.

Calories do not count here.

Our markets at home do not often if ever, carry fresh whole foie gras, pig trotters, veal tongue, whole skate, langoustine, frog legs, cockles, Bresse chickens, pigeons, and a vast variety of pates and cheeses. It was a gourmet’s paradise!

On our first day there, we had a light lunch at Mons Fromager-Affineur. Les Halles is a cheese lover’s paradise. We shared a cheese plate with six types of cheeses that were all at their peak of ripeness and tasted wonderful. We accompanied the cheese with a fresh baguette and a couple of glasses of house wine (€30.90 total).

At another lunch, we tried AOC, a casual wine bar with bistro cuisine. Even though we arrived during a very busy Friday lunchtime, we were quickly seated. The service was both friendly and efficient. Chef Christophe Garnier prepared delicious dishes of the day with many products direct from the market shops.

We could choose from more than 30 wines, many from small organic vignerons, available by the glass (from €3), demi (½ pot), or full “pot” (a thick bottomed bottle used as a carafe). We ordered a demi of Pinot Noir which was not five star but still very nice. 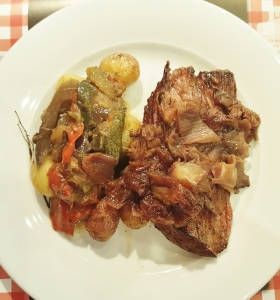 The delicious pork filet mignon was finished with a sauce derived from Saint-Marcellin cheese, a soft cheese named after the small town of Saint-Marcellin in the Rhône-Alpes.

The portions were so generous that dessert was out of the question. Instead, we visited one of many chocolatiers and stocked up on some tasty treats to enjoy later in the afternoon (after a nap). 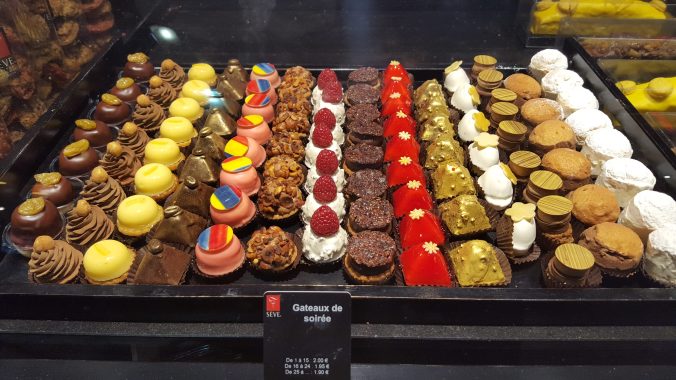 A light nibble for the afternoon.