“There’s no secret to anything I’m doing: a tiny bit of knowledge, and a lot of time and patience. People have been making bacon like this for centuries.” – Allan Benton

I spent a lot of the time during my “learning years” with my Uncle Charles, doing things that uncles and nephews do together: fishing for bass and bream, hunting squirrels and rabbits, learning the ways of the woods, learning about life and learning about death. Charles raised hogs so I learned how to help birth them, feed them and manage them (as much as you can manage a hog) – and I learned how to slaughter them. Until the 1950’s, our people raised and slaughtered their own hogs and it was usually around Thanksgiving. Bacon, sausages, and hams were cured, smoked and aged over the winter.  Hogs were born and died on the farm – no trucks, no slaughterhouses – a better fate than most hogs face today. Still, we knew that an animal had lost its life so we could have meat on the table. It was and still is, a serious and humbling business.

The southern palate discovered the joys of pork even before revolutionary war times. It was said that we ate every part of a hog except the squeal. 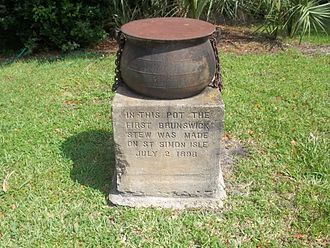 I once watched my grandmother make Brunswick Stew using a whole hog’s head. By the time I was in high school “chitlins” (chitterlings to Northerners) were almost out of favor but in my hometown, a “Chitlin Society” still met two or three times a year to feast on that fried delicacy with lots of beer. Even today, Sean Brock, owner and chef of Husk restaurant in Charleston, S. Carolina, makes charcoal from large pork bones after he finishes using them for soups and stocks.

I grew up eating what we called “country ham.” Instead of going to the A&P to buy inferior ham in celo-packs with long expiration dates, we bought locally cured salty, smoky, sweet ham directly from a farmer who made it.

A few years back at the Charleston Grill, I enjoyed a tasting of country hams from Alan Benton (Madisonville, Tn), Finchville Farms (Finchville, Ky), Broadbent (Kuttaw, Ky), Col. Bill Newsom’s (Princeton, Ky) and Johnston County Ham by Rufus Brown (Smithfield, NC). These folks cure pork essentially the way it was done 100 years ago when there was no refrigeration and the preparation and curing of meat was the way of life that provided sustenance through the winter. Alan Benton cures his hams with a simple rub of salt and brown sugar. After a few weeks of curing and aging, the meat is hickory smoked for at least 48 hours and then aged for eight months (some as long as eighteen months). Each producer has his own secrets but they all follow the same basic format.

The best country hams are equal to the revered Jamón Ibérico de Bellota of Spain and Prosciutto di Parma in Italy. Joe Amadee, of Sermara Enterprises (an American company that sells equipment used to salt and to dry prosciutto), as said ”People who understand the prosciutto process realize it’s pretty much the same as the country-ham process.”

Historically, there was not much of anything to feed hogs in the fall so they were allowed into the forests to finish their diet on acorns, which, unbeknownst to the farmers, contributed wonderful distinctive flavors to the meat. Pigs that will become Prosciutto di Parma get a diet also enhanced by whey left over from the production of Parma’s Parmigiano Reggiano. The acorns and whey impart the distinctive nutty sweet flavor into each slice.

The Consorzio del Prosciutto di Parma was formed in 1963 as a government mechanism to assure quality control for about 150 Parma ham producers. In 1996 it became part of the PDO, a label only applied (in this case) to hams grown in specified areas of Parma and produced to complex, quality-related standards. It was not long before large agri-business came into Parma seeking higher profits from prosciutto with PDO certification. Industrialization of pork brought changes to the animals themselves. Most pigs are now bred with higher water content in the meat and less fat. 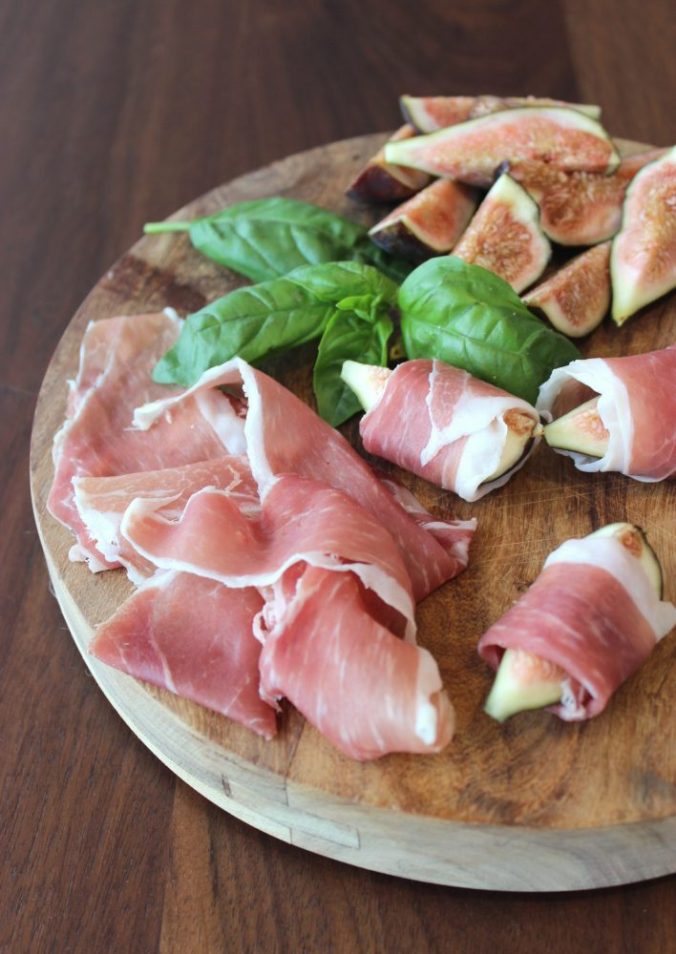 Today, each leg has a more uniform size and fat content but has less (beneficial) marbling. More moisture requires a minimum of twelve months aging to meet PDO standards (400 days for hams going to the United States). The standards assure an extremely high level of quality and equate to delicious tastes for the consumer.

However, as good as this was, my research discovered what could be the best prosciutto in Parma. The Pio Tosini prosciuttificio handles things a little differently – more in the old style. I checked them out and discovered that it was true. Next week I will tell you about our tour through the Pio Tosini curing house in Langhirano, Italy.

4 thoughts on “Eating High on the Hog !”